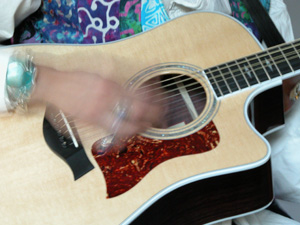 I’m very pleased to share this website with you. It is designed to serve as a resource for my music and the Contemporary Folk genre. The type of music I play is finger-picked, acoustic guitar folk and sing songs based on my own life experiences, inspired by the diverse people I’ve met and myriad of places I’ve been. I am also performing regularly as a multi-genre percussionist and available for recording projects. 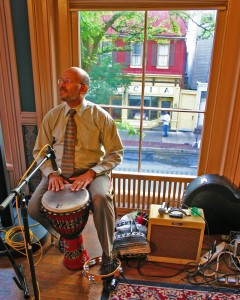 “…But I think we are basically stuck with folk as the label for the contemporary genre that grew from that older traditional form.  Like it or not–many folk people today do not–it is the term by which the majority of people today correctly identify what connects the modern songwriter to the blues singer, the Celtic group to the salsa band.

“…But folk music is also the only term that gives us room to describe those vibrant, important artists who cross all boundaries, who mix old and new, urban and rural, electric and acoustic, traditional and original, international and domestic; and yet remain tied, in some way, to the best aesthetics and instincts of tradition.”

And I hope to be one of those artists. I look forward to seeing you at a live performance.” 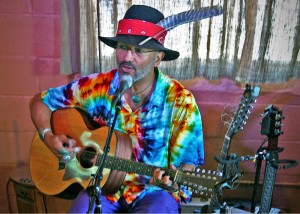 Legend
poisoned
by a jealous
husband.
Lying,
dying
two weeks
nearby.
Wrote
in the
scrawl
of the
Saved:

“Jesus of Nazareth, King of Jerusalem.
I know that my Redeemer liveth, and that He will call me from the Grave.”1